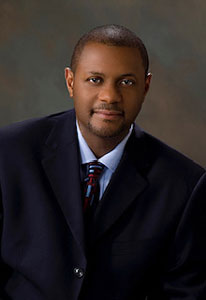 A passionate philanthropist, Mark and his wife of 35 years have formed the Mark and Brenda Moore Family Foundation.

The organization maxim: establishing roots and stretching wings” honors their parents and provides a legacy for their children to continue good works. They are champions of advancements in health care, education, music and the arts, and Christian evangelism. He and Brenda are founding donors for the Smithsonian’s National Museum of African American History and Culture. They are also members of the Directors Circle for the Alvin Ailey American Dance Theater. The couple also made a dynamic duo as the co-chairs for INOVA Hospitals Gala as well as Mount Vernon Hospital’s Steering Committee for expansion. The five-story expansion facility opened in the fall of 2014 and was named the Mark and Brenda Moore Patient Tower. As co- chairs for INOVA Hospitals Gala in 2013 and 2014, the couple succeeded in raising more than$2 million in contributions each year. The Foundation funded the radiology unit of INOVA Loudoun Hospital’s new emergency department, which opened in 2013.Theyare also a Patron Supporter for the Hopkins House Early Childhood Learning Center in Alexandria, Virginia. The foundation is a proud supporter of the Posse Foundation which provides four-year college scholarships to deserving students. Mark and Brenda enjoy serving as servant leaders for the Youth Ministry and the Evangelism Ministry at Antioch Baptist Church in Fairfax, Virginia. The Foundation provides a yearly endowment to deserving Antioch students pursuing continuing and highereducation.

The foundation to date has pledged in excess of $7.5 million dollars to support these causes.

Mark currently sits on the INOVA Board of Trustees, the Kennedy Centers’ National Symphony Orchestra, The Apollo Theater, Mount Vernon Hospital Quality Board, Hopkins House Fund Board and the John Leland Center for Theological Studies.

Mark Moore has over 30 years of operational and financial experience, where he oversaw engineering, operations and finance. He has started five companies and sold three. During his career he has helped to raise $2 billion in public and private capital.

Prior to joining Segovia, he was a senior financial executive in the communications industry, including startups, mergers and acquisitions, capital markets formation and treasury operations.

At mindSHIFT Technologies, his tenure as Chief Financial Officer and founder helped formulate a managed services concept into a commercial service reality. He helped rise over $42 million in private equity and developed a business plan for the utility computing business.

At CONXUS Communications, his tenure as Chief Financial Officer resulted in a seamless transition from development stage to nationwide commercial service. He helped rise over $500 million in total capital, including $100 million in private equity and developed a financing model for the wireless business.

raising $225 million in public equity and $1 billion in total capital. He also significantly improved cash flow margins to 45% through innovative enhancement, automation and systems productivity, while increasing their subscriber base from 50,000 to 1.2 million.

Prior to these senior financial positions, Mr. Moore provided auditing and financial evaluation for Arthur Andersen and Company, as well as accounting and budgeting functions for Graphic Scanning Corporation.

His Bachelor of Science is in Accounting. He held a top-secret security clearance.